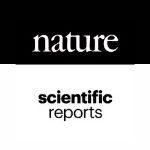 Photoplethysmography (PPG) measured by smartphone has the potential for a large scale, non-invasive, and easy-to-use screening tool. Vascular aging is linked to increased arterial stiffness, which can be measured by PPG. We investigate the feasibility of using PPG to predict healthy vascular aging (HVA) based on two approaches: machine learning (ML) and deep learning (DL). We performed data preprocessing, including detrending, demodulating, and denoising on the raw PPG signals. For ML, ridge penalized regression has been applied to 38 features extracted from PPG, whereas for DL several convolutional neural networks (CNNs) have been applied to the whole PPG signals as input. The analysis has been conducted using the crowd-sourced Heart for Heart data. The prediction performance of ML using two features (AUC of 94.7%) – the a wave of the second derivative PPG and tpr, including four covariates, sex, height, weight, and smoking – was similar to that of the best performing CNN, 12-layer ResNet (AUC of 95.3%). Without having the heavy computational cost of DL, ML might be advantageous in finding potential biomarkers for HVA prediction. The whole workflow of the procedure is clearly described, and open software has been made available to facilitate replication of the results.

Photoplethysmography (PPG) offers a non-invasive optical measurement method and can be used for heart rate (HR) monitoring purposes. For example, by using the white light-emitting diode as light source and the phone camera as photo-detector positioned on the index fingertip, a smartphone could be used to measure the volumetric variations of blood circulation without any additional devices. Smartphone ownership continues to grow rapidly, and mobile phone apps are increasingly used for screening, diagnosis, and monitoring of HR and rhythm disorders such as atrial fibrillation (AF). The benefits and harms of using mobile apps to improve cardiovascular health or screening for specific diseases have been evaluated and discussed; while HR measured by smartphone apps performing PPG agrees with a validated method such as electrocardiogram (ECG) in resting sinus rhythm, the US Preventive Services Task Force (USPSTF) found that the current evidence is insufficient to assess the balance of benefits and harms of screening for AF with ECG.

Our motivating crowd-sourced data comes from the Heart for Heart (H4H) initiative, promoted by the Arrhythmia Alliance, the Atrial Fibrillation Association, Happitech and other partners. The aim of H4H is to gather millions of cardiac measurements and to increase the pace of progress on AF diagnostic technology.

Get in touch with the Happitech team

Patient tracking:
We can add login screen, where Patient ID is asked and then saved in every measurements data, and then forwarded to the customer 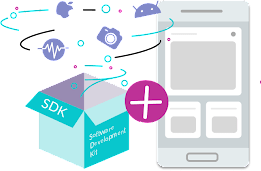 Measurement: Depending on the vital signs required, a measurement can take from 40 to 100 seconds.

User onboarding: We’ve developed an user friendly interface for onboarding users to a measurement flow. For recurrent patients (when a user did several measurements) we also have a “skip functionality option” to skip the onboarding flow

Voice over guidance: Depending on the length of the measurement, we guide the patient to obtain better quality results. Based on real patient feedback, in longer measurements we ask the patient to turn the phone around to rest the hand and avoid shaking.

Questionnaire for extra data gathering: We can implement as many questions as required both before and/or after the measurement.

User Results: Results that are visible in the end of the measurement in the application, when a user can see results of HR, HRV, AF We always strive to get a high confidence level for each measurement. For this, we may ask to take a measurement several times to get the best results – up to 3 retries. We present the result together with IBI and HRV graphs.

Doctor Results: Results that are generated for the doctor with all data in one place Report overview in pdf form including HR, HRV, Pointcaré plot graphics and any other measurement- related information. Overview live document with all measurement results and their status

Patient tracking: Measurement data can be extended with additional information like patient id and other if needed, which will be uploaded to the customer ecosystem. 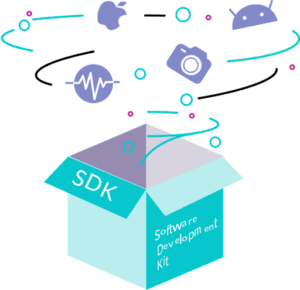